This was one of the most extensive projects I have taken on to date. The Empties Foundation of Alberta approached my school, in the hopes of having some design work and printing done. I was chosen to do it, and after a few meetings with the client, I was finally working on something that mattered. 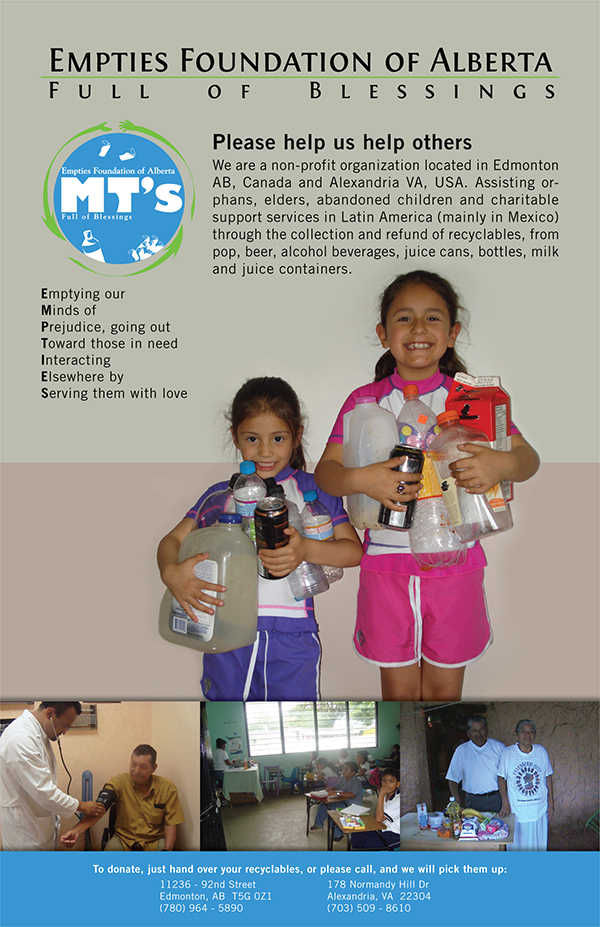 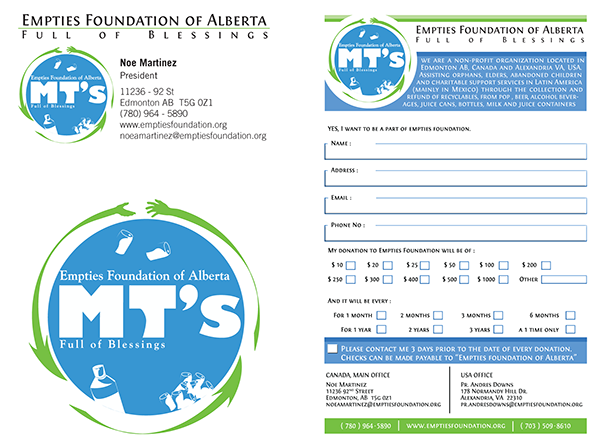 The goal with this project was to give the foundation some solid groundwork for their branding, as well as to bring its advertisements into the modern age. The logo was given to me mostly intact, but it was missing a few aspects, such as the hands at the top to represent the helpings hands of the community, and the tagline, ‘Full of Blessings’. Once given approval, I then applied it (and the colors within) to a series of business cards and a supplied donation form.

The biggest part of the project, however, was the posters. The client supplied me with numerous photos of their work in latin america, as well as a few of his nieces holding up a number of empty bottles and cans. I decided that a strong focus on the cheerful girls would work well with the goal at hand, and after a few drafts, I arrived at the version on the previous page, and was approved to print by an ecstatic client.